The Causes Of Sibling Rivalry

For the longest time when i heard the words “Sibling Rivalry” flashes of hair pulling and having snot spit at you would invade my head. Instantly i would dismiss the notion that Me and my siblings have this mythical state of affairs until i overhead a conversation that changed my life .

First of just because you dont have physical or verbal fights with your bother/sister doesn’t mean that you are not rivals. The definition of S.R is according to the Merriam-Webster dictionary, is simply ‘competition between brothers and sisters.’ This means if you and your siblings compete for anything and everything (Pies , Time, Books , Love ) you have a “healthy” rivalry , i mean come on , whats life without a little competition . Throw in jealousy and it becomes a different beast . A beast that devours and grows and destroys because rivalry can go well beyond formative years and seep into adult life and can turn into some serious mental health disorders like anxiety , depression etc.

Feelings of Being Threatened

Whenever a new child enters the picture the other children each have their niche (First Born , Only girl , Youngest child ). When a new child comes home they are jealous of the attention that is shown to the new baby ( The hugging , the cuddling , ugh ). This results in the attention seeking behavior , like fights , tantrums.

Children often feel like they’re being praised, punished, or cared for differently . Some of this may just be childish insecurity, but it can also be partly due to a parent’s actual preference for one child or another *cough cough*. A mentally healthy parent would never intentionally favor one child over another but these things happen and they are real and a child will feel it and it will result in her/his behavior changing . Most times they will fight the supposed favorite or try and clone their behavior leading to identity crisis later in life.

Children typically don’t understand their own development timetables. So, when one child can do something, they expect the others to be able to do it, too. When others can do things and they can’t, they feel bad about themselves, as if life is somehow being unfair to them.

Not Knowing the Alternative

Sometimes Sibling Rivalry is caused because children will just be bored. They may not think of playing a game so the next alternative is to pick up that jar and smash it into your brother

Parents who act in aggressive, violent, or unkind ways are very negative role models for their children. Their kids will typically act in the same or similar ways as their parents, and the sibling rivalry is an easy way to do it.

So if you have children be on the look out for any of these things that might be causing such behavior among your children or your sibling click.Also just being aware of such ensures that you know why the relationship with your siblings is the way it is …for me , i now know why my siblings behave the way they do to me and how to possibly curb the rivalry that brews underneath the carpet that Siblingland 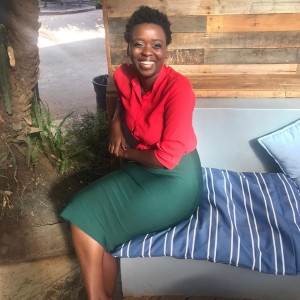 The Four Faces Of Me